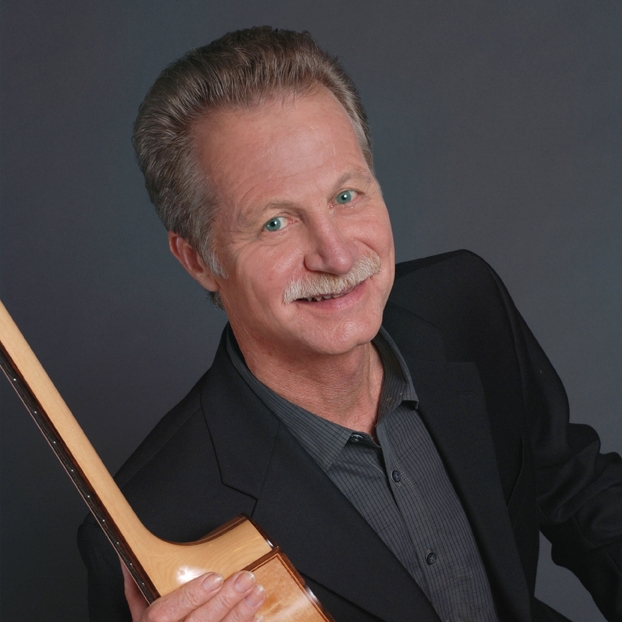 Grammy-nominated guitarist Alex de Grassi has influenced a whole generation of guitarists with his compositions, recordings and performances for solo guitar. The Wall Street Journal calls his playing “flawless,” and New York Guitar Festival director David Spelman hails him as “a treasure.” Having performed previously at the Festival, he returns to perform his original compositions and unique arrangements—from Hendrix to Gershwin—as well as new compositions for Harp Guitar.  His long-running Summer Intensive Guitar Workshop, held here on the coast, runs concurrently with the Festival, and this year he will be joined on stage by his students to perform a guitar ensemble composition he has composed for the occasion.

Alex de Grassi, both Grammy and Indie award nominee, is an intriguing artist whose mastery of acoustic finger-picking styles includes a variety of techniques and ethnic influences. With trumpet as his first instrument, he discovered guitar at age thirteen and never looked back. Although primarily self-taught, de Grassi studied with noted teacher Bill Thrasher. His background also includes a degree in Urban Geography from UC Berkeley and performing as a street artist in London.

De Grassi has performed at the Montreux Jazz Festival, Carnegie Hall, Belfast International Festival, Telluride and Wolftrap. He has taught at the National Summer Guitar Workshop and the Milwaukee Conservatory of Music, among others, and has his own workshop series. The musician was the subject of a PBS concert/interview television show, “Alex de Grassi: The Artist’s Profile.”