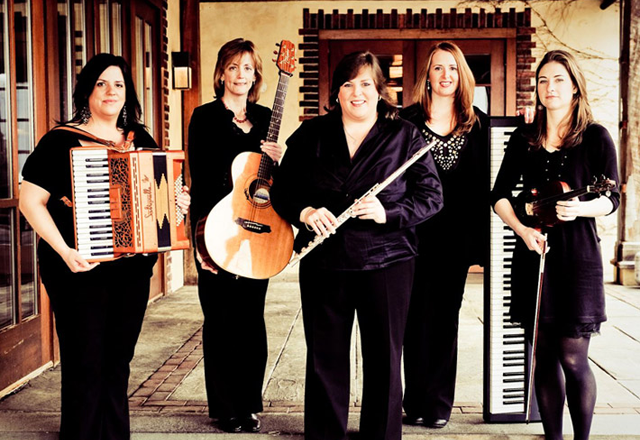 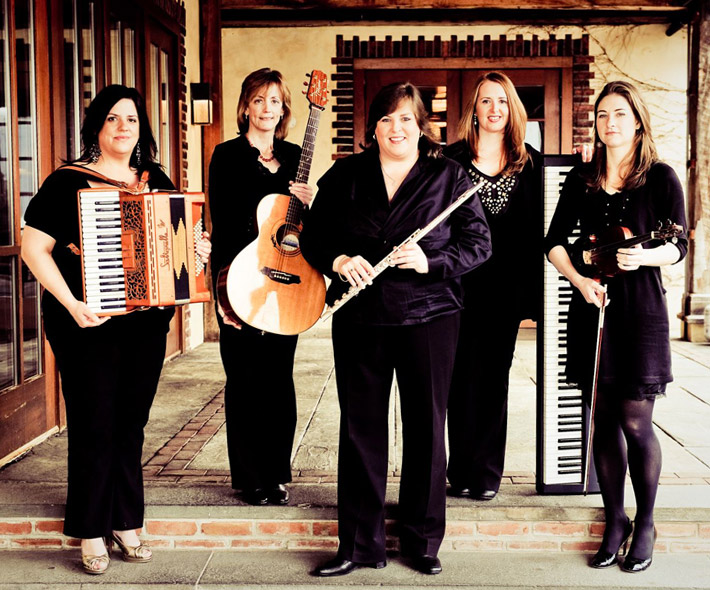 Cherish the Ladies has become the most successful and sought after Irish-American group in Celtic music. When describing them, the critics say it best. The Boston Globe: “It is simply impossible to imagine an audience that wouldn’t enjoy what they do.  The Washington Post: “An astonishing array of virtuosity“. For the past twenty-five years, Cherish the Ladies have proven themselves worthy of these accolades for their vocal, instrumental, and step dancing talents.

Dancer Meghan Lucey fell in love with Irish Dance at the tender age of seven. She trained with the prestigious Pender-Keady Academy where her competitive dancing career skyrocketed. She is a North American National Champion, All Scotland Champion, six times New England Regional Champion, winner of the prestigious NAFC Senior Belt, and has placed second in the World Irish Dancing Championships. Her professional career began in 2007 when she joined the cast of Riverdance. There she toured North America for five years; highlights include Radio City Music Hall in NYC, and Riverdance: On Ice, which aired on NBC in 2011. She has also toured with Cherish the Ladies, performed in the INC Chinese New Year Gala that aired throughout China in January 2012, and was the principal female dancer in Celtic Fyre at Busch Gardens Williamsburg. Learn more…

Originally from Sydney, Australia, dancer Jason Oremus started dancing at the age of ten under Scoil Rince Aisling and won five consecutive State and National Solo Irish dancing titles from 1999-2003. In the year 2000 he performed in the Opening Ceremony for the Sydney Olympics alongside Tap Dogs. In early 2004, Jason joined the cast of Riverdance. Shortly thereafter, he was asked to train for the lead role, and successfully went on to star as the principal male dancer for over five years. Jason performed with Riverdance for an eight-year period in over 40 countries, and for notable leaders including The Empress of Japan and Australian Prime Minister, Julia Gillard. He is also the co-founder and director of the innovative NYC-based dance group, Hammerstep which was recently featured on America’s Got Talent.