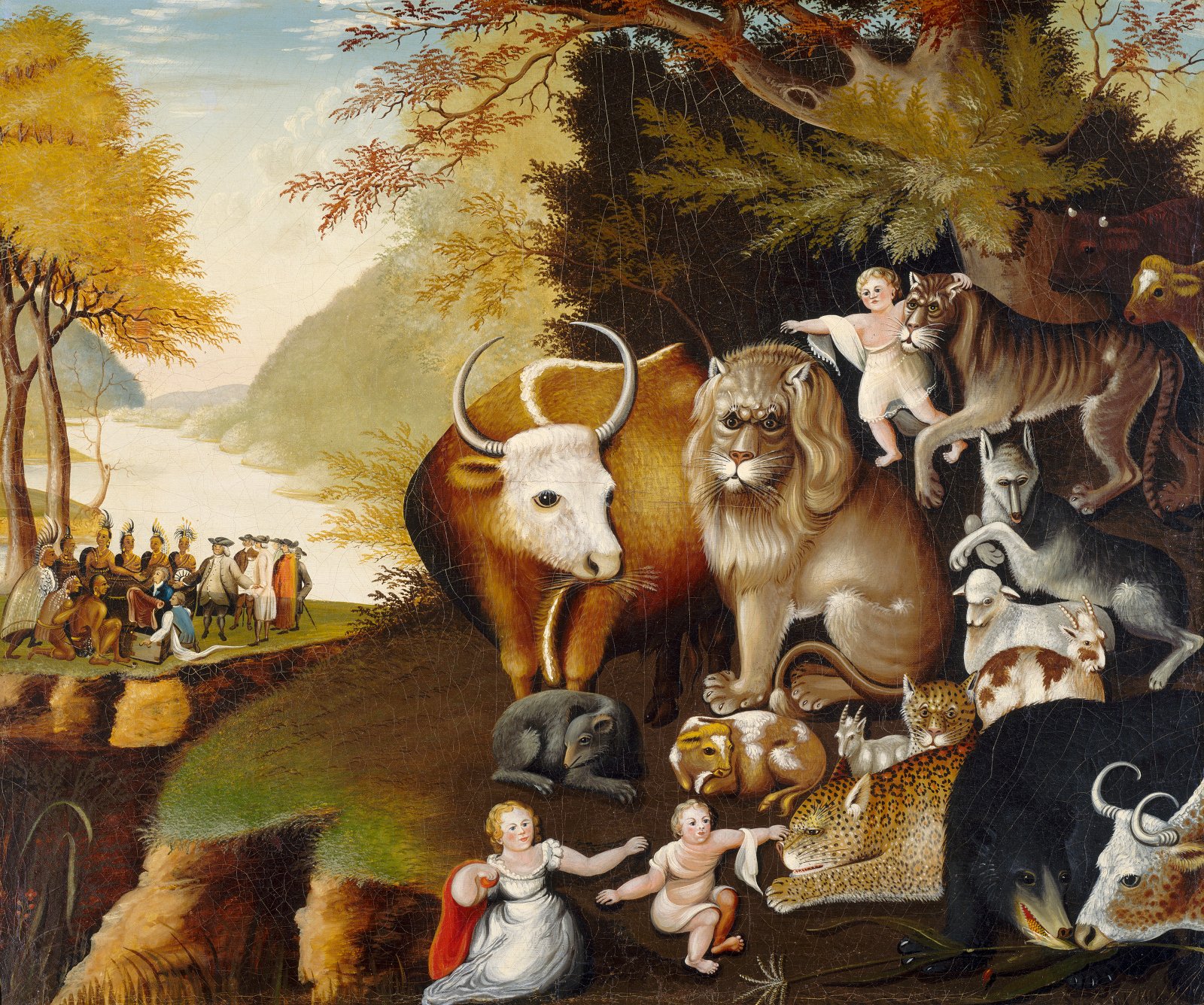 Classical composers have always been inspired by animals. Think of orchestral works like Carnival of the Animals by St. Saens or Peter and the Wolf by Prokofiev. In the field of vocal music, the great lieder composers found inspiration in bird flight, the galloping of horses, or the tranquility of the gazelle. The Italian madrigal, El grillo, is a popular one about the cricket. British composer John Rutter’s “All Things Bright and Beautiful” is a newer setting of a familiar hymn text by Cecil Frances Alexander, who is also known for her Christmas carol, “Once in Royal David’s City.” Samuel Barber’s “The Monk and his Cat” is his choral arrangement of one of his “Hermit Songs,” originally written for solo voice (premiered by Leontyne Price with the composer at the piano.) The two selections by Aaron Copland are also arrangements for chorus of his “Old American Songs,” Two of William Blake’s most beloved poems, “The Lamb” and “The Tiger,” were given choral settings by two different composers. British composer John Tavener’s “The Lamb” was first performed by the King’s College Choir, Cambridge as a part of their Festival of Nine Lessons and Carols. It has been associated with Christmas ever since. Virgil Thomson’s “The Tiger” is a choral arrangement by the composer of a solo song for baritone and orchestra from his “Five William Blake Poems.” “Blackbird” by Lennon and McCartney is an acknowledgment of the plight of the African American, with an ending exhortation to “Take these broken wings and learn to fly.” The two sets of “Animal Crackers” by Eric Whitacre are just that: crackers! They combine witty animal poems by Ogden Nash with clever choral writing to poke fun at “serious” classical music with delightfully silly sounds.

In this concert, the Festival Chorale, directed by Jenny Matteucci, with pianist Daniel Lockert, presents a menagerie of songs celebrating our four-legged and winged friends, from hilarious to heartwarming. Festival Chorale members are:

The Mendocino Music Festival Chamber Chorale, directed by Festival Chorus Master Jenny Matteucci, was formed in 2018 as an offshoot of the much larger Festival Chorus, members of which were invited to audition.

Festival Artistic Director Allan Pollack: “I’ve been touched by the dedication of the members of the Festival Chorus, and so have wanted to create an opportunity for people who are ready to take their choral singing to the next level.” Festival Chorus Master Jenny Matteucci reports, “It is a joy to work with a group of singers who are willing to do the hard work on vocal technique in order to make increasingly excellent and inspiring music together.”

Proof of completed COVID-19 vaccination, including at least one booster, is required, and masks must be properly worn at all times while on event premises. Though it might exceed official requirements, this policy is based on current conditions and the results of our most recent audience survey.

This concert was originally scheduled for June 19, 2022. Tickets inscribed with that date will be honored on the new date.