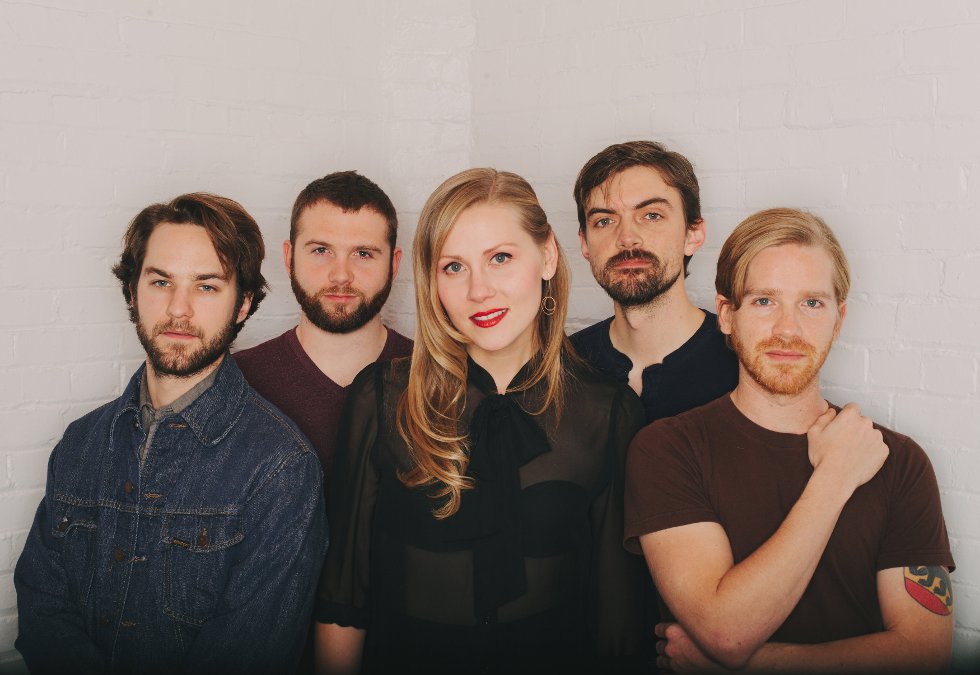 American singer/songwriter Nora Jane Struthers, a former Brooklyn high school English teacher, grew up singing and playing music with her father, a bluegrass musician. Making a major life and career change during a visit to the Telluride Bluegrass Festival in the early 2000’s, she made the decision to move to Nashville and went on to win the 2008 Telluride band competition with her first solo-fronted group, the Bootleggers. Described as “quietly brilliant” by NPR, Struthers formed The Party Line in 2012; that’s when things started to happen!

Spend some time with [Nora Jane Struthers & The Party Line] and you’ll quickly discover what separates them from the rest of the roots-inspired crowd: Rich storytelling, repeat-worthy melodies and a modern mashup of traditional, bluegrass, folk, country and rock influences.” — Paul Wallen, Tampa Bay Times

Nora Jane Struthers is guided by fire.  Struthers has [come] up with some of the most quietly powerful narratives within the new wave of Americana artists.  …  The sound of the Party Line has progressed to include propulsive electric guitar and drums, and Struthers’ sweet voice is showing an edge, the better to meet the challenge.”  Ann Powers, NPR Music.