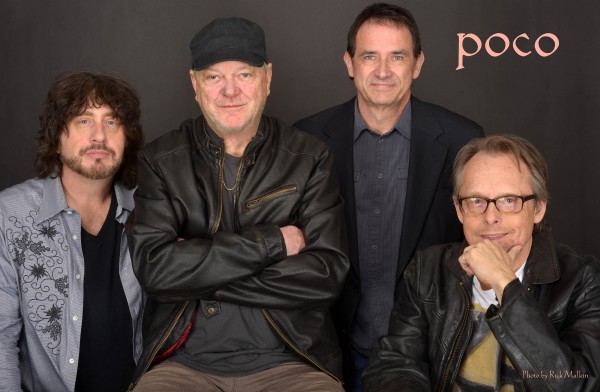 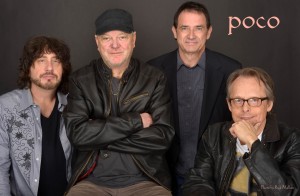 POCO is “All Fired Up” with their new album of that name, and plans to rock their trademark blazing instrumentals and soaring harmonies at a fabulous benefit concert made possible by the generosity of an anonymous POCO fan.

For 45 years, POCO has been making the classic country rock sound that they helped found in the late sixties. They have continued creating their trademark harmonies and never stopped touring over the years despite lineup changes that make POCO a storied source for other bands.

Singer-songwriter Rusty Young, member of the Steel Guitar Hall of Fame, is the only original member in the band, and he remains the leader and front man on stage. “History shows that POCO has always had great musicians in the band, and it’s no different today,” says Young. The lineup includes drummer George Lawrence and bassist-songwriter Jack Sundrud, who sometimes takes lead vocals. The band’s newest member, Nashville veteran multi-instrumentalist Michael Webb, who joined the band on vocals, guitars, and mandolin, has added accordion accents and keyboard to the band’s latest mix.

“There is no manual for a 45-year-old rock band” –drummer George Lawrence.

The band’s longevity is due to some key ingredients: loving what they do; continuing to evolve and refine their sound while staying true to their roots; and having an ardent fan base that considers the music a soundtrack to their lives. Their new album, “All Fired Up,” — the band’s first studio release in eleven years—has earned high praise from fans and critics alike.