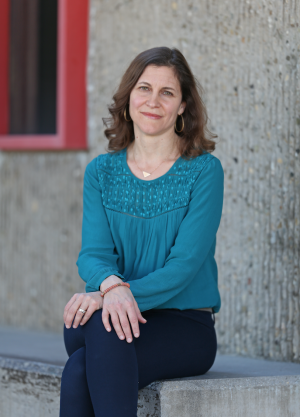 Stefanie Tcharos is a historian of early modern music with broad expertise in 17th– and 18th-century Europe, and specialties in Italian music and musical practices.  Her research and teaching traverse diverse subjects, including the critical history of opera, baroque music drama and related vocal traditions, music production and reception in early modern contexts, genre study, historiography and theories of social and cultural history, and the history of musicology.  She holds a Ph.D. in Musicology from Princeton University and has been on the UCSB music faculty since 2002.

She is the author of Opera’s Orbit: Musical Drama and the Influence of Opera in Arcadian Rome (Cambridge, 2011), and has written articles, reviews, and book chapters on opera, the serenata, and related 17th– and 18th-century issues of music and culture.  Professionally, she has served on the Governing Board of the Society for Seventeenth-Century Music, and the Editorial Board for Eighteenth-Century Music.  She has co-directed the Center for the Interdisciplinary Study of Music (CISM) at UCSB, and is current co-editor of Cambridge Opera Journal.