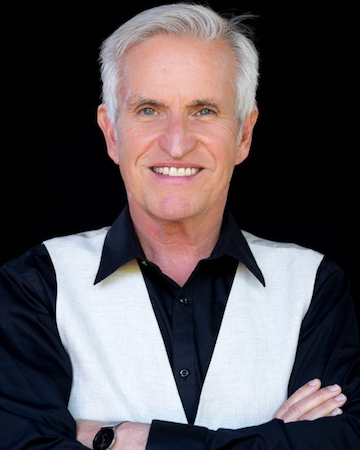 As a soloist or collaborator, Daniel Lockert is equally versatile on the piano, organ and harpsichord. A native of San Diego, CA, he began formal piano studies at the age of five. Throughout high school, he exclusively studied the organ. After getting his Bachelor’s in Piano Performance and a minor in organ from Loma Linda University, he attended the University of Southern California in Los Angeles and obtained an advanced degree in the specialized field of Accompanying, studying with the originator of the field, the renowned Gwendolyn Koldolfsky. While at USC, he also studied instrumental accompanying with Brooks Smith, accompanist to Jascha Heifeitz and Jenny Tourel.

Daniel was honored as the only American finalist at the first International Accompanying Competition held in Den Haag, the Netherlands. In his role as pianist/collaborator, his wide ranging career has taken him around the globe, playing throughout the United States, Europe, Japan, Australia and New Zealand. He has been praised for exhibiting a strong sense of rhythm, lovely variety of touches, and a convincing sense of historical style.

Daniel has partnered with many notable singers past and present of the Metropolitan Opera including Enrico di Giuseppe, Brenda Boozer, Janice Taylor and Deborah Voight. He has teamed with singers Christopheren Nomura, Nathaniel Webster and Angelina Reaux in numerous concerts around the country. His chamber music performances have included appearances with the Alexander String Quartet, cellist Gary Hoffman and Brazilian jazz singer Luciana Sousa. He produced and directed a Schubertiade series for San Francisco Performances at the Rex Hotel. For the same organization’s “Salons at the Rex” Daniel performed a recital of the solo piano pieces of George Gershwin. Mr. Lockert has also paired with a number of distinguished choral conductors including the late Sir David Willcocks and William Hall. Following one of his many recital appearances, it was stated in a Los Angeles Times’ review that “Daniel Lockert was the expert pianist of the occasion; his sensitive and authoritative playing matched in every way the level of the singing.”

Daniel has been the musical director for many shows and theatrical productions, including I Do! I Do!, Fiddler on the Roof, Side by Side by Sondheim, You’re Gonna Love Tomorrow, Company, Into the Woods (twice), and the Light in the Piazza. He has been associated with several of the musicals of composer Craig Bohmler, as music director or assisting the composer, in Mountain Days: the John Muir Musical, Enter the Guardsman (on the QE2 cruise ship), the Haunting of Winchester, and more recently All the More to Love. Daniel has accompanied numerous cabaret performances at the former Plush Room, the New Conservatory Theater, Society Cabaret, 42nd Street Moon, and the Marin Theater Company. As a cabaret artist, along with his wife Jenny Matteucci, they perform and sing together as the Mattlock Duo with music ranging from Fats Waller to Ricky Ian Gordon and Dominick Argento.

In his role as coach and teacher, Daniel has been on the staffs and faculties of the Juilliard School, the San Francisco Opera, Opera San Jose, the San Francisco Conservatory of Music, Chapman College, Oakland University, Cal State East Bay and the Aspen Music Festival. He is currently professor of Collaborative Piano at Notre Dame de Namur University in Belmont, CA as well as Staff Accompanist at Mills, CA.

Lecture admission is included with your concert ticket.