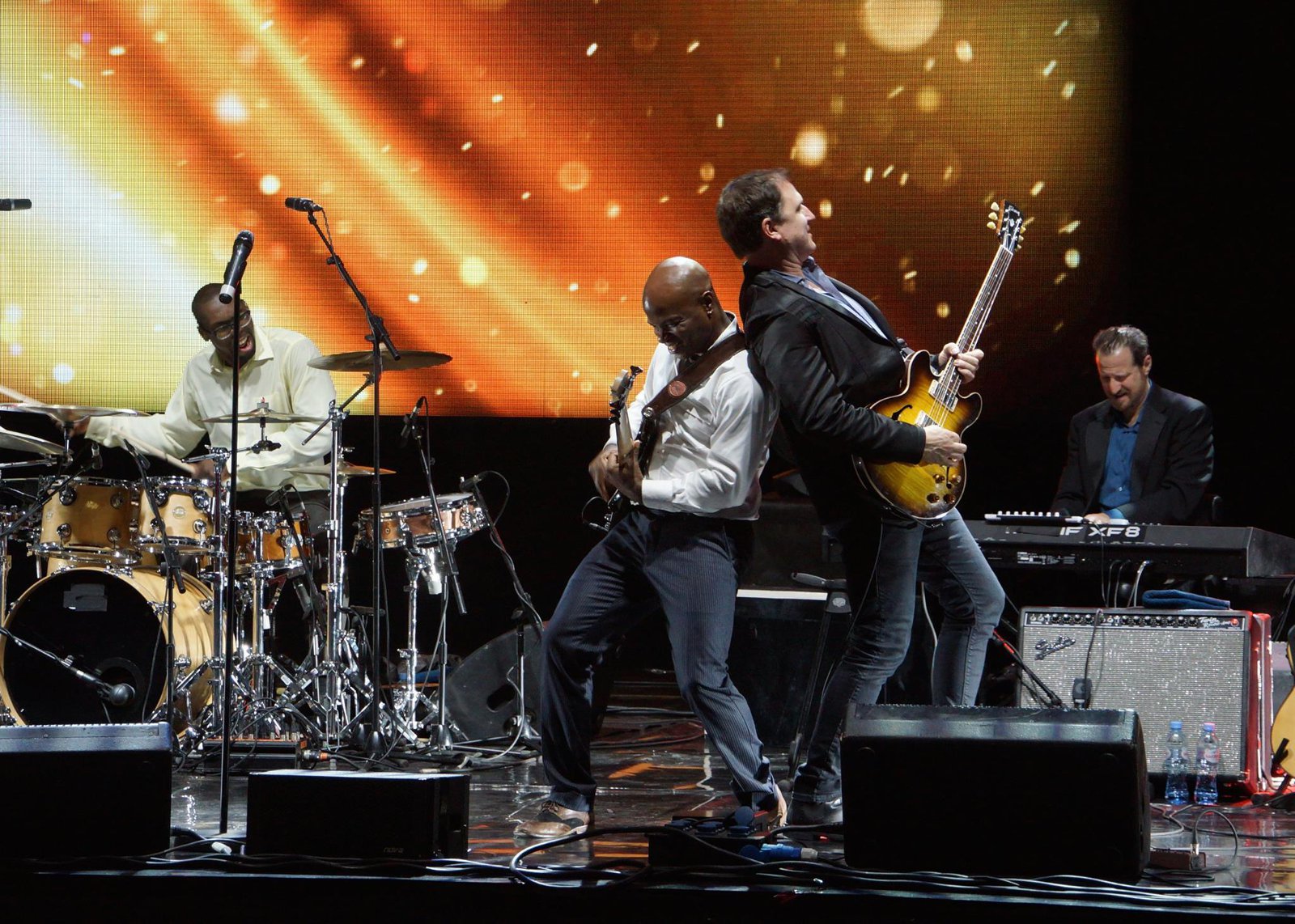 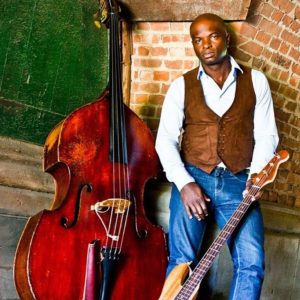 Bassist Richie Goods, the youngest person ever inducted into the Pittsburgh Jazz Hall of Fame, has toured with a variety of jazz and popular artists including the Headhunters, Lenny White, and Whitney Houston, among others. Goods’ lengthy discography also includes Grammy award-winning and platinum albums of Alicia Keys and Common. Together with his fusion/funk band Nuclear Fusion, they ignite the stage and excite the audience in one beautiful chain reaction.

One of the most sought after Jazz and R & B Drummers of his generation, John “Lil’ John” Roberts has maintained his status in the industry as the ultimate heartbeat. A native of Philadelphia, John quickly became noted as a child prodigy, playing alongside Christian McBride and Joey Defranceso at the age of 16. Collectively, the trio was also a part of the Duke Ellington Orchestra, a project created and directed by Wynton Marsalis, composed of 22 of the country’s best young jazz musicians

Tariqh Akoni is a performing and session guitarist and songwriter based in Los Angeles. He is Chair of the Guitar Department at the L.A. Music Academy as well as Musical Director for multi-platinum recording artist Josh Groban.

Matt Rohde is an LA based keyboardist, Musicial Director, Arranger and Composer. He has toured and/or recorded with a long list of famous artists in a wide variety of musical styles, including Jane’s Addiction, Christina Aguilera, Alanis Morrisette and Prince.  Matt was also an Associate Music Director on Fox’s American Idol for ten years and is currently arranger for The Voice on NBC.