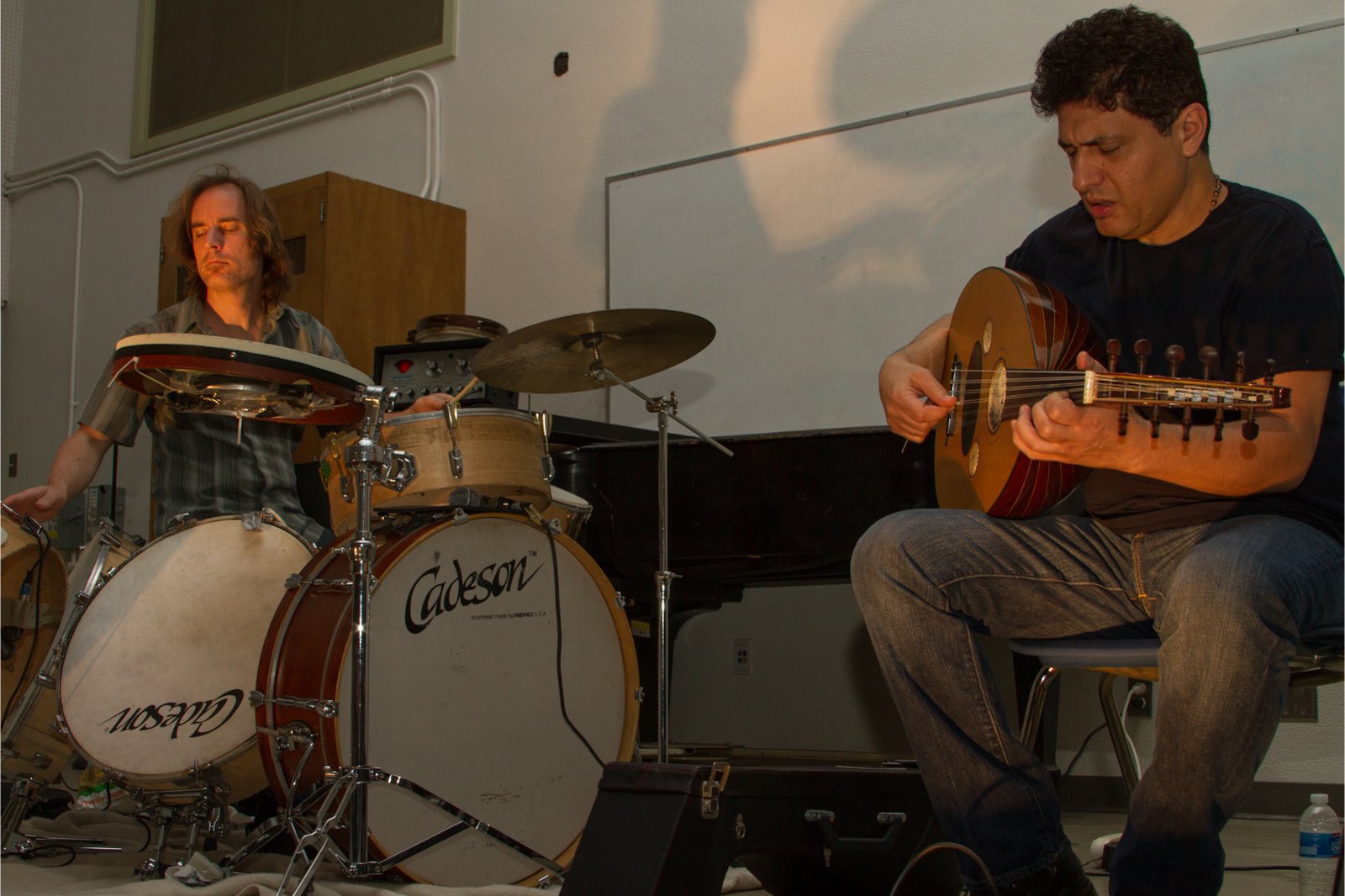 The primary instruments for WAHID (meaning one) are oud and frame drums, each of which has an ancient history, as found on clay tablets and papyrus scrolls. A duo combination of oud and frames has never been explored or codified, even though the two instruments have complimented each other in classical ensembles for hundreds of years.

The most common reaction by an audience is shock at how complete the group sounds with just two people. It is best understood live because each performance is a one-time event, never to be repeated.

Chris constructed his own frame drum setup to expand the tuning range to an octave lower than is normally possible. This made the frame drums function as both a rhythmic and harmonic instrument. Chris took traditional technique and applied a modern coordination aspect. He simultaneously plays riq (tambourine) and bass frame drums while adding other percussive voices. This tour de force can either sound like a complete rhythm section, just percussive accompaniment, or just the bass.

Wahid…a duet reaching back to mid-Eastern sounds and traditions in order to create a result that’s remarkably full for being so ostensibly spare…due to Dimitris Mahlis’ extraordinary expressiveness on the stringed instrument he wields so adroitly. In his playing and in Chris Wabich’s almost haunting time-keeping, emphasis, and undercurrent can be heard again why Ralph Towner and Oregon were so enamored of that region’s musics.” – Mark S. Tucker, Folk & Acoustic Music Exchange